Timmy Trumpet's FREAKSHOW Global event streamed live from Sydney will be a show not to be missed. 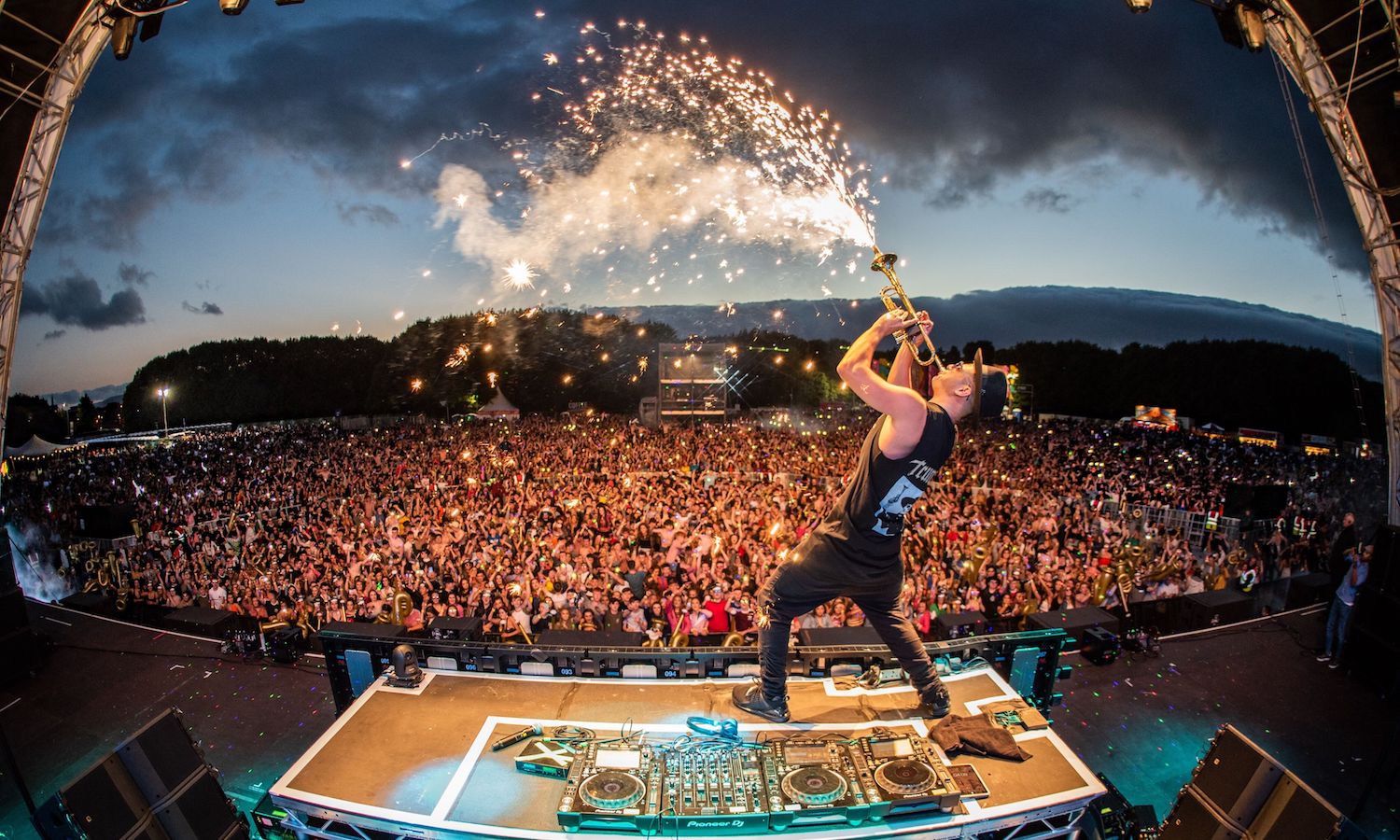 Timmy Trumpet’s FREAKSHOW will be the first live concert hosted by the exclusive streaming service on October 31. A world-renowned Australian DJ and instrumentalist, Timmy Trumpet is one of the most prolific electronic artists on the planet. His first ever livestream earlier this year clocked over 7 Million views worldwide, becoming one of the most watched EDM performances in 2020. This is a show not to be missed.

Producer and live instrumentalist, Timmy Trumpet is undoubtedly one of the most explosive performers in electronic music, currently ranked #13 in the DJ Mag Top 100. An award-winning, multi-platinum selling recording artist, Timmy has forged his way to the top of the industry taking the world by storm. His breakthrough release Freaks has reigned in over half a Billion streams, reached six times platinum status in Australia and dominated the charts in ten countries. His debut mainstage performance at Tomorrowland in 2017 is the highest streamed set of all time on the official YouTube channel.

Timmy’s music career boasts of an extensive resume spanning over twenty years from early beginnings as a classically trained Jazz musician. At the age of thirteen he was named ‘Young Musician of the Year’ before being granted a full scholarship to the Conservatorium of Music, where Sydney Symphony Orchestra’s Anthony Heinrich tutored him. Within two years he secured a position as the leading solo trumpet player in the Australian All-Star Stage Band, taking part in an extensive European tour covering some of the world’s biggest Jazz Festivals.

As a songwriter and producer, Timmy Trumpet refuses to be pigeon-holed releasing music of all flavours, in various genres.

“There’s only two kinds of music to me, good music and bad. Hopefully I’m making the good stuff!” – Timmy Trumpet.

The stats don’t lie. As of November 2019, Timmy’s discography exceeded 1.2 Billion streams. His club hits include the Beatport #1 hits The Buzz, Psy Or Die, Take Your Call, Punjabi, Rockstar, Party Till We Die & Hava. Timmy loves collaborating with other artists and his work includes releases with global heavyweights Hardwell, Steve Aoki, Dimitri Vegas & Like Mike, W&W, Alok, KSHMR and Carnage to name a few. In his home country of Australia, he has hosted national TV and radio shows for renowned networks like MTV and has been voted the #1 DJ at the ITM Awards.

Timmy has an impressive international touring schedule of over two hundred shows per year featuring headlining festival performances at iconic events like Tomorrowland and EDC. Under his own FREAKSHOW banner, Timmy hosts Arena experiences selling over 10,000 tickets per show across Europe. To add to his impressive list of achievements, in 2019 Timmy became the first instrumentalist to DJ in Zero Gravity, thanks to a partnership between BigCityBeats and the European Space Agency.

When asked if he pinches himself looking back on a career that originated from the humble beginnings of Band Camp and after school Jazz practice, you only get one response – “We’re just getting started!”.